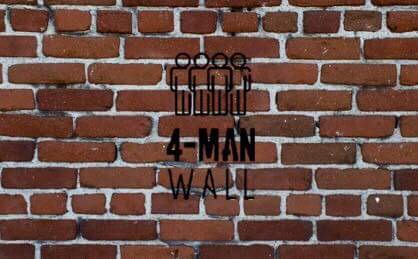 A friend of mine recently informed me that he had created a podcast with some of his university friends called the ‘4-man wall podcast’. The podcast has a football/soccer theme and there are four male presenters (Jack, Liam, Lewis and Lewis).

Episode 1 is the first of what will hopefully be many of this podcast, it focuses on an introduction of themselves and what they are doing before they go on to discuss the England football/soccer team.

As they talk there is some uming and ering which can be put down to inexperience and uncertainty but when they gained confidence and laughed together there was a much better flow to their speech. However, they do make it clear that the podcast isn’t supposed to be too focused or professional as they have started because it’s all about having a laugh which can be heard in the group banter and inside jokes which shows that they are clearly friends and have enough of a bond that I found myself chuckling along to their conversation at times.

I was especially impressed when they admitted that they didn’t know everything about the players they were discussing as it allows the listener to understand that they aren’t trying to be better then anyone, they’re just giving their opinions in their chatty podcast.

The bad thing, or at least thing that I believe can be improved the most is that the sound quality/volume can be inconsistent, going quiet sometimes and really loud at others.

Overall, it seems like they definitely know about what they are talking about and I expect that once they have become more confident, more experienced then they will be great to listen to. I would love to see them succeed and gain a following.

Go on, show your support.