This time I’ll start with what motivates me: why I write, why I get up and go to work, why I do anything at all really. The answer is simple, one word: Boredom.

I don’t care for money. I’ve never had massive goals. I’ve never hoped too much for anything because if you don’t expect much you’ll never be disappointed. I don’t let emotions effect me too much and a lot of the time I can’t be bothered doing certain things. 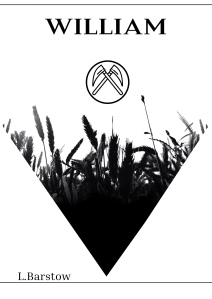 When I was seventeen years old I completed my first year of A-Levels, I did reasonably well but had an awfully long period of time to waste before college would open again. I played my Xbox, I got bored. I read a book, I got bored. I spent time with my dog and I watched TV, I got bored. Then, one day I found some paper and got a pen out of my coat pocket and spent much more time than I expected scribbling words onto the lined white sheets that sat before me. Eventually I ended up with my first book WILLIAM which I published after I turned eighteen. One hour of not knowing what to do and I accomplished my proudest achievement.

I later joined a writers community online which gave me a bit more experience writing and gave me a bit of exposure and feedback from other writers and I grew. Spurred on to write more by sheer force of will to fight against boredom. Eventually my sister persuaded me that a blog was a good idea and here we are. My writing isn’t very consistent, it isn’t always about the same subject or in the same style but it all flows from the same place: my bored brain.

As for why I work: it stops me getting too bored, it gives me someone to talk to and it keeps me more active than I would be sat at home.

Work can be hard to get into with all the rejection and the tedium of sending out CVs just to hear nothing back. My parents were really pushing me at one point and their encouragement was making me want to rebel, to quit and not do anything. Then I heard a Meatloaf song (Nowhere Fast) and a few lines out of context became a great motivator to me, the lines talk of going nowhere slowly when we should be going nowhere fast. Nowhere slowly was sending out CVs, achieving nothing with one boring activity. Nowhere fast was CVs, online searches, agency applications and now I’m in work.

A quote from Dragon Age: Origins also did me a lot of good, reminding me that I have potential and that in many ways I can see myself as better than my superiors. Maybe I’m finally getting there with a decent job and books that will hopefully sell more copies soon I may realise my potential.

What has happened this week then?

I entered a story into a writing contest (the prize is mostly just pride and nothing more), the piece was about mental health in its own strange way (I’ll put it on here once the contest is done). I watched football with my dad and noticed a squiggle on the back of the shirts which it turned out were for Mind which is a mental health charity. (That’s two mental health related things this week).

To get my mind active earlier this week I took a picture of the first thing I saw and wrote a poem about it (Shining Light-Giver). I’ve had a curry from a restaurant called Rajshahi. I took a box of books out from under my bed and started loading them onto my new bookshelf. I even helped with the gardening.

I also started Dark Souls again about five times because the game kept having glitches and problems and am happy to say that as a Warrior wielding the Black Knight Sword I’ve reached the bottom of Blighttown. 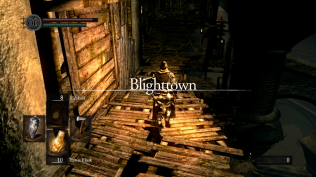 I’ll admit my days aren’t the most exciting or eventful but sometimes there is pleasure to be found in the dull and mundane.