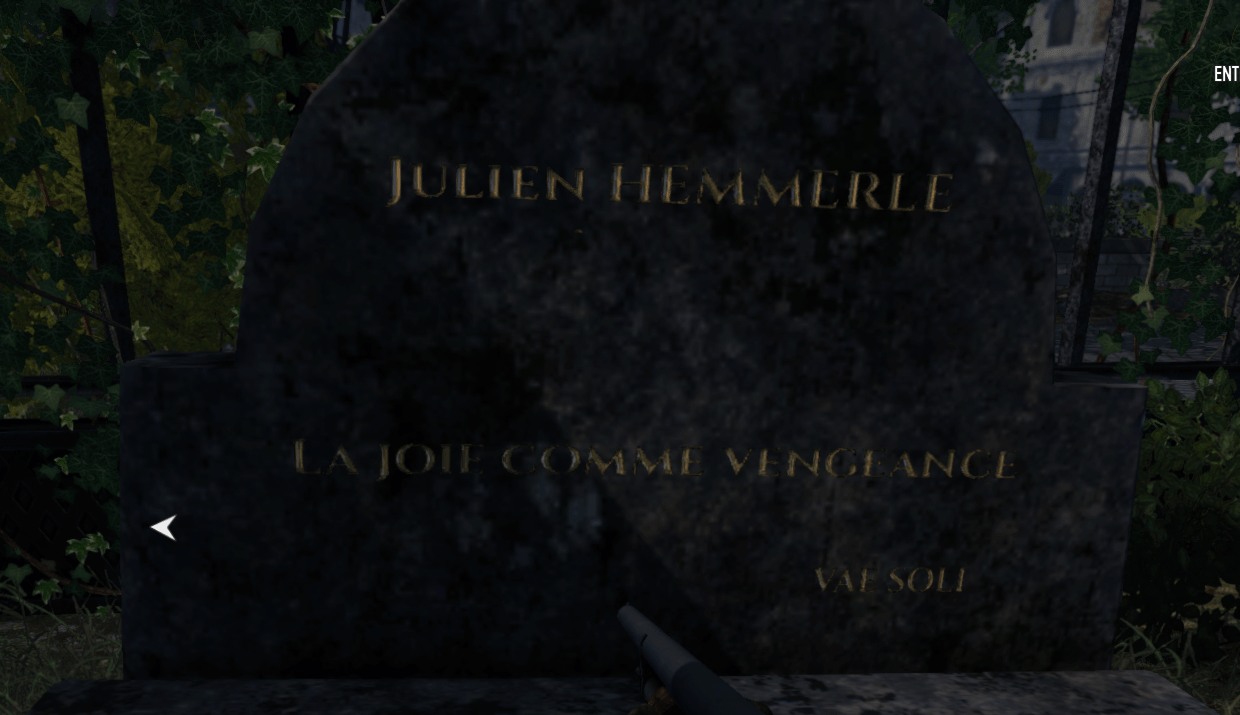 This is an interesting set of quotes for their truthfulness but also for the name on the grave. Joy as revenge, well this is how to hurt someone who wants to upset you, show them that they don’t effect you and let your own pleasure cause them frustration or jealousy. Joy as revenge is fairly straightforward to explain as it’s mostly about living your life o its fullest.

Julien Hemmerle is real. This was the bit where I became really curious. A full name, who could it be? A war hero? A celebrity? Just a name that was thought up? No, he helped to make the game and I found his ArtStation page which I’ve linked on his name. I like it when stuff like this can be found in games, stuff that seems a bit pointless but with a bit of knowledge you can see something special. I’ve given my opinion of the quotes but he may think something completely different. It’s just something quite cool I felt like sharing.