“Ignorance and inconsideration may be greater causes of ruin, but they are slow and lacking in spectacle” – Siren Cataclysm skill ‘Ruin’ special text, Borderlands 2 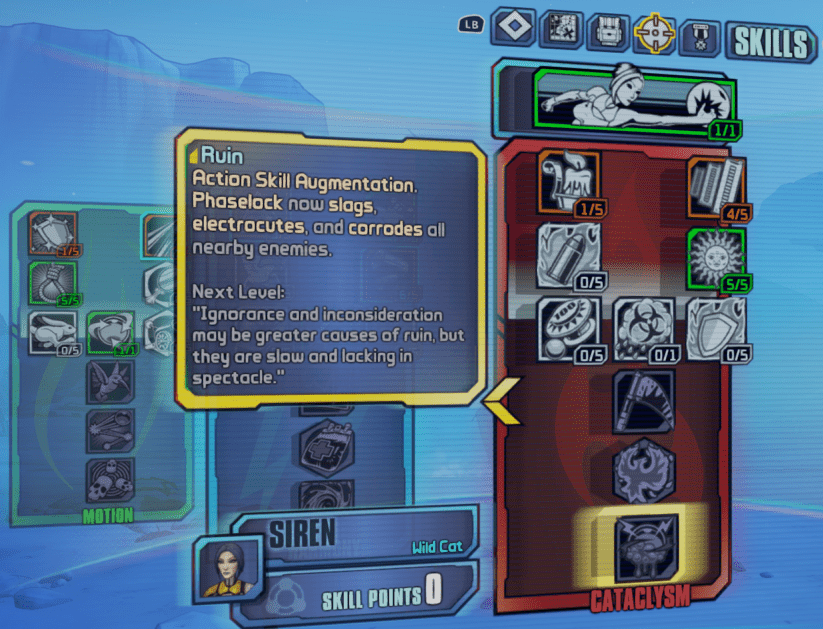 In the game the skill ruin afflicts the enemy with many continuous forms of damage at the same time with the intention of killing them, it is a shooting game after all. You ruin their chances of survival quickly and spectacularly.

The above quote caught my attention as soon as I spotted it. This quote fits all time, no matter who you are or what you believe. Quite simply, if you’re an ignorant and inconsiderate person you’re not likely to have a nice time and it could take years to become apparent but it’s true.

The really special thing about this quote is that it references John Tillotson’s quote “Ignorance and inconsideration are the two great causes of the ruin of mankind.” Tillotson was the Anglican Archbishop of Canterbury from 1691 to 1694.

If back in the late 1600s it could be seen that thinking of others and having a bit of knowledge and respect was a good thing, then the fact that it is still seen as a good thing today with all kinds of topics such as race, gender or religion must mean that we could easily have a better world by thinking properly. Often thought is the thing that leads to killings, wars and hatred. Mankind will be it’s own destruction, whether by pollution or atomic fire or something else it doesn’t matter, our ruin could be averted with a little less ignorance and a little more consideration.

One thought on “Ignorance and inconsideration…”