As my recent posts indicate I’ve started collecting Yugioh cards again. Most of my cards I want to keep in perfect condition just for collecting purposes but the duplicates and my older cards are alright for playing with. My sister played the odd game when we were younger and agreed to have a game again. We ended up having seven or eight. 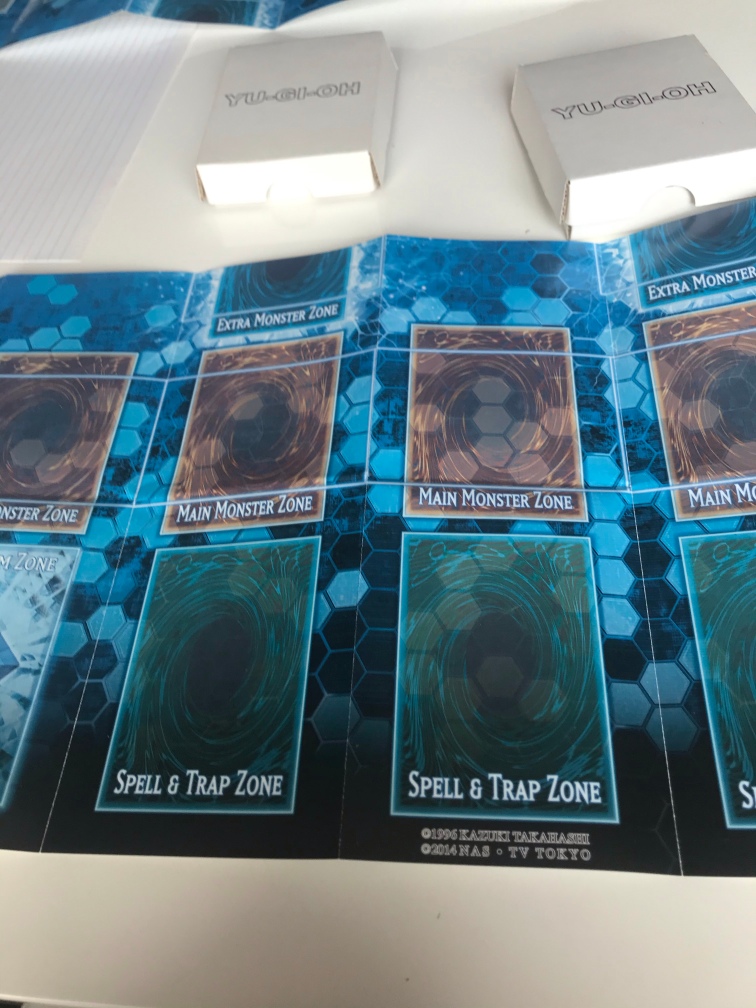 There was an instruction guide and the game mat looked different to what I remembered so I decided to stick to classic rules. Five Monster card zones, five Spell or Trap zones with Ritual Monsters and Fusion Monsters. I don’t own any Fusion, Synchro, XYZ or Pendulum monsters and the Link Monsters seemed interesting, meaning I tried to follow the guide but they didn’t seem worth using so classic was stuck to.

I gave my sister the Link Strike Starter Deck and I used my Leftover Decks#1 and #2. I think I only won once, owing to the Black Luster Soldier and her having some unlucky draw phases. I was trying to teach her and once she started to read the cards she got the idea, working out how to use them as well as can be expected but she did keep forgetting what the cards were that she’d set.

I had forgotten how much fun it is to spend hours – even if you’re losing – just getting lost in a game of cards. It took me back to my childhood. I’m trying to learn about synchro rules and onwards from an Xbox game but the computerised version just doesn’t feel as good to play. Hopefully I can get a few more cards – many more duplicates at that – and maybe even feel confident enough one day to turn it into a proper social experience.

The thing is the guide confused her but I had some experience and was able to guide her through until she could understand. So just like with Magic The Gathering, use an experienced person as a teacher using the spoken word to guide rather than a piece of written work.

2 thoughts on “Returning To Yugioh”